Held back by your secret fear of success? Here’s how to overcome it

Home    Blog    Held back by your secret fear of success? Here’s how to overcome it 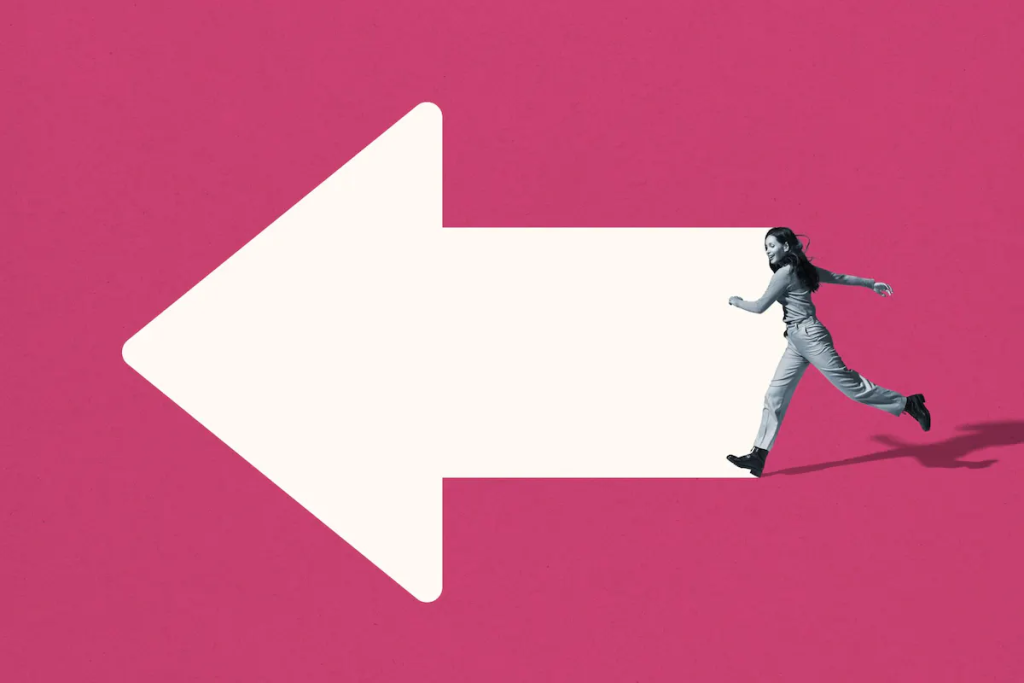 Held back by your secret fear of success? Here’s how to overcome it

You’re probably familiar with the fear of failure and all the ways this can manifest. But what about having a fear of success?

Failure. It’s a big, scary, ugly concept, and when we say ‘fear of failure’, you likely nod along in recognition. Who wants to fail? It doesn’t feel good.

Success, on the other hand, roundly sounds like a great thing. We’d all like to be successful. But what if we told you that your procrastination – the times you knew what you should do, but just didn’t act on it – could be down to a fear of success, not failure?

London-based life coach Catri Barrett says this is a common phenomenon. “There are no official statistics on the number of people who are impacted by a fear of success, but studies show that women are more likely to have fears around succeeding in the very things they want most,” she tells Stylist.

“I’d say that over half of the clients that come with me struggling with procrastination and feeling like they’re falling short of their potential are experiencing fear of success.”

What does it mean to have a fear of success? How do you know if that’s what you’re dealing with? And how on earth do you overcome it? Let’s dig in.

“When the thought of achieving makes you feel anxious, you won’t put your full effort into tasks and therefore are far less likely to reach your full potential”

What would happen if you achieved everything you wanted? You might be worried that your life would radically change. Or that the reality could never match up to your expectations. Or that your success will be followed by a dramatic fall from grace once people figure out you’re not as talented as you appear (as you might have guessed, fear of success and imposter syndrome go hand in hand).

You might be scared that success will alienate you from loved ones, or that you won’t be able to keep up your good work. Perhaps you have an idea that the higher you climb, the further you have to tumble down.

“It is not a conscious fear or phenomenon,” explains counsellor Bola Shonubi, a member of the Counselling Directory. “It is the fear or concern that, once something new or a higher achievement is attained, there will be inability to sustain it, consequently bringing great discomfort or suffering, even shame.”

Life coach Calypso Barnum-Bobb outlines it as this: “When you have a fear of success, you’re carrying a belief that if you achieve the things you really want, your life will be negatively impacted. The fear of those negative implications can stop you from taking action and going after your goals, dreams and desires because you’re worried that success comes at a higher cost than staying where you are.”

Signs you have a fear of success
As Shonubi notes, a fear of success lives in your subconscious. You might think there’s no way you have anxiety around success, that you desire success deeply. But success anxiety can rear its head in forms you might not be able to identify.

Some signs that you’re unknowingly experiencing a fear of success include:

So you’ve got a racist family member – now what?

This website uses cookies to improve your experience while you navigate through the website. Out of these cookies, the cookies that are categorized as necessary are stored on your browser as they are essential for the working of basic functionalities of the website. We also use third-party cookies that help us analyze and understand how you use this website. These cookies will be stored in your browser only with your consent. You also have the option to opt-out of these cookies. But opting out of some of these cookies may have an effect on your browsing experience.
Necessary Always Enabled
Necessary cookies are absolutely essential for the website to function properly. This category only includes cookies that ensures basic functionalities and security features of the website. These cookies do not store any personal information.
Non-necessary
Any cookies that may not be particularly necessary for the website to function and is used specifically to collect user personal data via analytics, ads, other embedded contents are termed as non-necessary cookies. It is mandatory to procure user consent prior to running these cookies on your website.
SAVE & ACCEPT